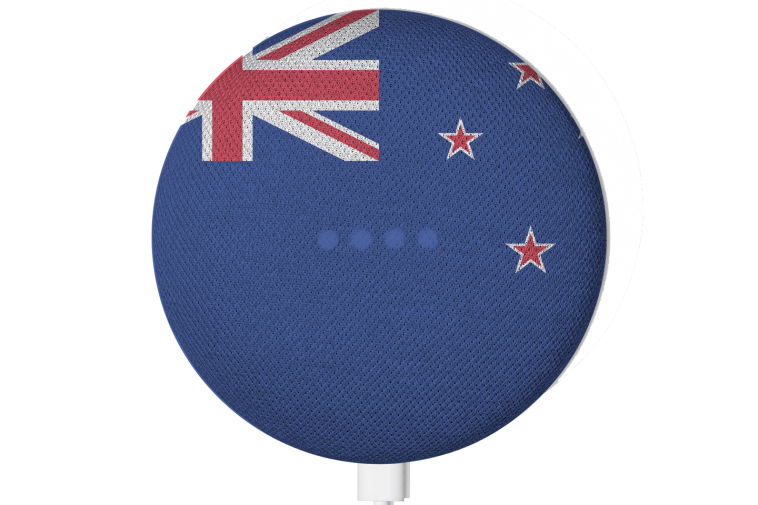 Despite being a stone’s throw away from Australia, New Zealand seems to have been massively neglected by Google. The company’s official Store in NZ barely carries a few Nest cams and Chromecasts, whereas it’s nearly fully-decked for Aussies. Things are looking up for Kiwis, though, as Google has just launched the Nest Mini in their country and is offering a buy one, get one deal for the next few days.

The Nest Mini is the first Google Assistant speaker to officially come to New Zealand, as none of the previous Home speakers or displays made it there. It’s available in two colors, chalk (white) and charcoal (dark grey), at several retailers — Spark, Noel Leeming, JB HI-FI, Harvey Norman, and The Warehouse — and costs NZD $89 (approx. USD $58). If you buy yours before June 28, you’ll profit from the BOGO promo and get a second speaker for free.

Previous trends taught us that Google never introduces a Home/Nest speaker in a new market without supporting its primary language first, so it’s curious to see Assistant still not offering New Zealand English as a language option. It might be added soon, otherwise you’d have to resort to using Australian English instead.

If you’d like to know more about Google’s littlest speaker, you can read our full review to make up your mind before purchasing it.

With this addition, the Nest Mini has spread its wings to 22 countries, two more than the first-gen Home Mini ever did in its lifetime. Hopefully, it’ll make its way to many more markets soon.

This post has been updated to include the official launch details, retail links, and the limited-time BOGO offer.