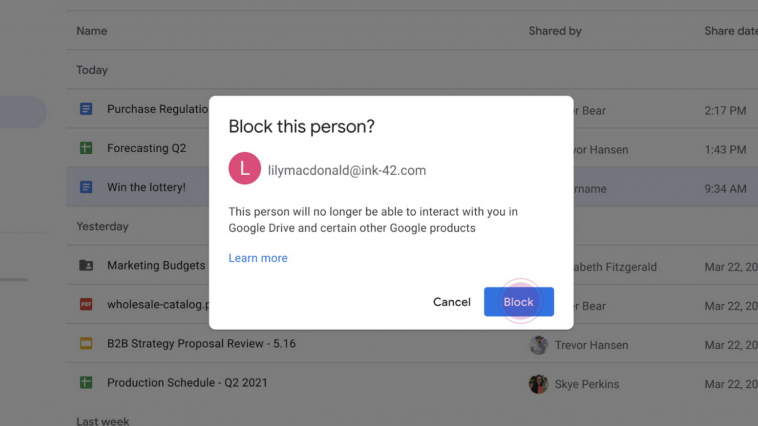 If someone knows your email address, then they can share files and folders with you in Drive. It’s an annoying reality that leads to a ton of spam, phishing attempts, and Docs full of abusive language. Google promised to fix the problem in 2019, and after three years, the company is finally putting its money where its mouth is.

Shortly after the first day of its I/O 2021 event, Google announced its plans to fight Drive spam in a lengthy blog post directed toward Google Workspace users (the enterprise-grade service formerly known as G Suite). The post details several upcoming Workspace features, including enhanced VirusTotal tools, administrative controls to keep bad actors from phishing their way into sensitive business documents, and something that will eventually trickle down to non-enterprise Drive users—the ability to block people.

When you decide to block someone in Drive, they cannot share documents or files with you, and everything that they had previously shared with you will disappear. The person you’re blocking also loses access to any files or data that you shared with them in the past, which may come in handy if you’re blocking a creepy ex-coworker or abusive family member. (Of course, they will still have access to any files they’ve downloaded.)

Google says that its blocking feature will roll out over the next few months. Because it was announced in a Workspace blog post, the feature will probably find its way to business and enterprise users before it’s available to all Drive users. In the meantime, you can report spam or abusive behavior on Drive through a document’s Help menu.

Google is Finally Adding a Way to Block Spam in Drive originally appeared on HowToGeek.com 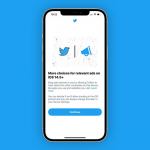 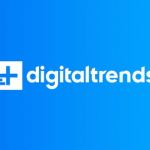