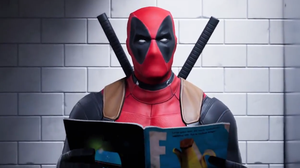 Fortnite is back for its third season and with it, a whole new set of challenges. Dubbed Splash Down, the popular battle royale game is taking the combat to the water following the Doomsday Device event on June 18 where the storm took over and flooded the island. As in previous seasons, players can purchase a Battle Pass to unlock skins, emotes and other cosmetics for 950 V-Bucks, or approximately $9.50.

Unlocking the new cosmetics for Fortnite: Season 3 requires completing weekly challenges. Like developer Epic Games did last season with Deadpool, there are additional tasks to unlock a special character:  Aquaman. The Jason Momoa-inspired character will be unlockable sometime this season after completing all of the special challenges.

Find Deadpool floaties at The Yacht (0/3)

In Season 2, Marvel’s Deadpool was the special unlockable skin. Although he’s not the star this time around, the “Merc with a Mouth” left some of his stuff behind. The floaties are found at the Yacht, which has changed positions this season. Check the map below for its new spot and run around the area to find Deadpool’s floaties scattered around on the ground.

Here the rest of the week’s challenges:

Like with Deadpool in season 2, Aquaman is a character skin available for players who have a Battle Pass and complete all the special challenges. Expect new tasks every week before the DC superhero is unlocked.

Week 1 has players use a whirlpool at the Fortilla location. The Fortilla is easy to find at the southwest part of the island, and the whirlpool is simple to locate. Swim to it and let it shoot you into the air. That’s it, you’re done for this week.

For week 2, players will have to ride behind a loot shark at Sweaty Sands.

To start, head to Sweaty Sands on the Western part of the map. Once there, look for a fishing pole. Equip it and look for any sharks in the water. Don’t get in the water, as they can kill you. Cast your fishing line near one, and it’ll bite down on the line. Once it does, it’s going to take off, and you’ll have to control it like a boat. After you take it for a little ride, you’re done.

Fortnite is available for PC, PS4, Android, iOS, Xbox One and Nintendo Switch.