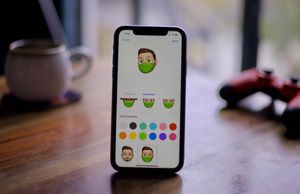 During an online-only keynote for Apple’s annual Worldwide Developer Conference Monday, the company launched iOS 14. The new iPhone OS is a follow-up to last year’s iOS 13, which initially had a rocky start with numerous software updates at its launch. The preview of iOS 14 includes a major redesign of the iPhone home screen, picture-in-picture video, better widgets, a new way to automatically organize your apps called App Library and a new Siri interface. These features come alongside a new Translation app, the ability to unlock your car with your iPhone and an accessibility feature called Back Tap that lets you tap the back of your iPhone to take a screenshot, scroll and more.

The main new features of iOS 14 are largely focused on the home screen, the Today View and notifications. The very idea of an app is changing. Prior to iOS 14, there were apps and widgets, which are based on your installed apps and available on the Today View page. Now, there is a third form called App Clips for when you need the functionality of an app that you don’t have.

A developer version of iOS 14 is currently available to download, with a public beta launching in July. A final version of iOS 14 will be released in the fall, likely alongside with the rumored iPhone 12, which will be the first new iPhone since the iPhone SE launched in April. iOS 14 runs on the same iPhones that are supported in iOS 13 — specifically, the iPhone 6S and newer.

Since it launched in 2007, the iPhone’s home screen has largely remained the same aside from aesthetic changes. In iOS 13, organizing and moving apps around can be quite tedious with the way the iPhone forces apps to fill in from the top-left side of the screen.

The App Library in iOS 14 is a new page on the home screen that automatically organizes all of your apps into one view. This is perhaps my personal favorite iOS 14 feature because it gives you several different ways to group and navigate your apps beyond the current magnetic app layout.

Smartly, the App Library bundles your apps into group apps by categorizing them. For example, apps like Facebook and Twitter would be grouped into a folder called social apps. If you’re not interested in using the App Library page, you still have access to the current way you have your apps organized. This solution feels like a “have your cake and eat it, too” answer to app organization.

Also worth noting: You will be able to hide pages of apps, which can be nice for grouping those apps that you use infrequently all into one place.

Widgets in iOS 14 can be pinned, resized and stacked

With iOS 14, Apple redesigned widgets currently found in the Today View on iOS 13. Now you can pin widgets on your home screen and resize them to your liking. This is something Android has had for a while, but in a typical Apple twist, iOS 14 can automatically create a Smart Stack of widgets based on which apps you use frequently and at what time of day. You simply swipe the widget stack to bring different widgets to the top.

The new widget design definitely shows some influence from Apple WatchOS and its complications.

An incredibly well-thought-out addition to iOS 14 is App Clips. Let’s say you’re in a coffee shop and you want to use the rewards program from the shop’s app, but you don’t have it installed. Using a QR code or NFC at the shop’s register, a square card will pop up on the bottom of the screen (similar to when you have AirPods connected to your phone). The card gives you direct access to functionality chosen by the app’s developer. The idea is you don’t need to download an entire app to access a feature, especially if it’s a one-off kind of use.

App Clips don’t stay on your home screen and you have access to them for as long as you need them. Even better, App Clips can be connected to Apple Pay to provide you with a fast payment experience, too. This seems like an incredibly useful feature, and I’m excited to see it roll out with iOS 14 in the fall.

Set an app to be your default email and browser

With iOS 14, you can set a third‑party app as the default email or browser app systemwide. This means the Gmail app could be your default mail app, or Firefox can be your default internet browser on your phone. This feature has been in high demand from iPhone users for years.

Like iPadOS and MacOS, iOS 14 now lets users have picture-in-picture video on their home screen. This will allow you to watch a video while also interacting with everything else on your iPhone.

The feature even works when you’re on a phone call or FaceTime call. That said, if it’s like the version found on iPadOS 13, you won’t be able to have YouTube videos play (aside from the audio) on your home screen.

Similar to what you can do in other messaging clients like Slack and What’s App, you can specify a person in a group message thread by typing their name. You can even customize a group thread so that you only receive notifications when your name is mentioned. iOS 14 also lets you pin conversations at the top of the Messages app.

Currently when you trigger Siri, the entire screen goes black, hiding everything else. When you activate Siri in iOS 14, there is a small animation at the bottom of the screen that appears, minimizing any visual limitations.

According to Apple, Siri knows over 20 times more facts than it did just three years ago. Also the audio messages feature in the Messages app can be accessed directly from Siri.

Memoji get more customizations including a face mask

Memoji will get a slew of new customizations. Apple added 20 new hair and headwear options as well as new age options. There are three new Memoji sticker actions: hug, fist bump and blush. One of the more telling additions is the ability to put a face mask on your Memoji. Quite relevant to our current times.

Read more: Apple’s invite for WWDC showed Memoji of people on their Macs

Siri can now translate text and dictation via the Translate app

One of the cooler features is a new app that lets you translate text or dictation. It’s similar to the Google Translate app. The Translate app in iOS 14 is designed for conversations and uses the iPhone’s onboard Neural Engine which means you don’t have to be online to use it and your privacy is protected.

You can trigger the app with Siri and have the app automatically detect the languages. There is a helpful conversation mode that turns on when you rotate your iPhone into landscape. Each side of the screen shows the translation from the other person, making a conversation easy to follow.

At launch the Translate app will support 11 languages:

One missing feature from the Maps app in iOS 13 is the ability to get directions for cycling. iOS 14 can show you route options for bike lanes, paths and roads as well as give you heads up on elevation changes, busy streets and stairs.

Similar to how iOS 14 now minimizes the Siri interface, incoming calls will no longer take up your entire iPhone screen. Instead, apps that can receive calls will have a petite notification window at the top of the screen.

Think of this feature like an Apple Wallet for your car. You will be able to lock, unlock and start your car with your iPhone or Apple Watch instead of a physical key. The feature uses NFC and lets you share keys with friends or family. These digital car keys will be available next year.

There are of course a bunch of other small, yet significant upgrades like: 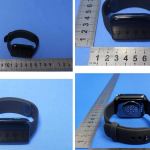 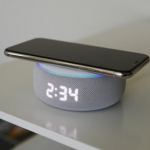