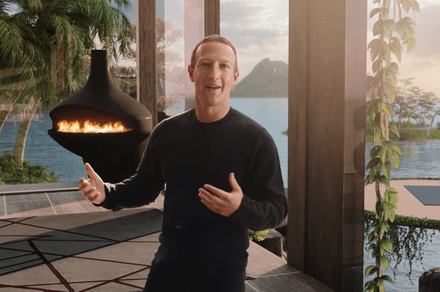 We’ve been hearing rumors of Facebook wholesale rebranding itself for weeks, but now it has finally happened.

Facebook has renamed itself Meta, with the end goal of ushering in the next generation of the internet known as the “metaverse,” encompassing virtual reality (VR), augmented reality (AR), and digital infrastructure backed by decentralized technologies such as cryptocurrency and blockchain.

Confused yet? Here are the answers to some of the popular questions people are asking.

Yes, but also no. The actual website and mobile app Facebook will still exist as a social network. However, Meta will encompass all of the other Meta-owned properties such as Instagram, WhatsApp, Messenger, and Facebook. The Oculus virtual reality brand is going away entirely, which makes sense as Meta is incorporating the virtual reality aspects of Oculus — such as the Quest 2 VR headset — into its goal of creating the metaverse.

It’s not unlike what Google did with creating the Alphabet company to encompass the larger goals of the company beyond Google Search and its other branded products.

What is the metaverse?

This is a relatively new term, popularized in the 90s sci-fi novel Snow Crash. In that book, humans live in a dystopian world where people leave the real world in lieu of a virtual world. In an interview with The Verge, Mark Zuckerberg stated that he believed that the metaverse was the future of the internet. Where today we primarily interact with other internet users through smartphones, tablets, and desktops, Zuckerberg imagines a future where we interact with 3D avatars of ourselves in a fully immersive world.

If that also sounds like another popular sci-fi novel (and movie), Ready Player One,  you’d be correct. Like Snow Crash, people in Ready Player One interact in the OASIS, a virtual reality that allows you to basically do anything and be anyone you want. You can conduct business, attend school, and even get married completely in the OASIS.

It seems like Mark Zuckerberg and the new company Meta want to take the concept of social media to its logical conclusion, allowing people to make fully digital versions of themselves in a virtual utopia. In many ways, it’s a concept Epic Games has been playing with in Fortnite to more success than any other attempt so far.

That said, the full expression of a metaverse won’t persist entirely in a virtual reality. It also encompasses the notion of having the digital interact with the physical in a natural way.

How is Meta planning on doing this?

On the software side, Meta is building a platform called Horizon. The Verge described it as “part Minecraft meets Roblox” with a collaboration tool also built in. On the surface, this makes sense considering that both Minecraft and Roblox are sandbox-type games that allow their users to build almost anything they want (including building a working smartphone inside of Minecraft).

Hardware-wise, Meta will use a mixture of VR and AR devices. According to the announcement video, the new company is working on a new headset called Project Cambria. Zuckerberg introduced this during the announcement of the name change. It’s reportedly a high-end, mixed reality headset that overlays virtual components onto the real world. It will also have full face and eye tracking to better reflect the expressions of your avatar.

Along with Project Cambria, Meta is also working on a pair of AR glasses called Nazaré. Zuckerberg thinks this is what will be as ubiquitous as smartphones are today. Nazaré will look more like regular glasses, displaying digital overlays onto the real world. This is also similar to the AR glasses that Apple is rumored to be building.

There will also be a single, unifying account along with the separate Facebook, WhatsApp, and Instagram accounts. In this way, if you don’t want to use Facebook, you won’t be forced to have one in order to log into the metaverse. That also technically that you won’t have to sign up for Facebook to use an Oculus device, which was a sticking point in recent years.

Isn’t this just Facebook trying to distance itself from all the bad press?

The more cynical among us will likely come to that conclusion, though it’s not unreasonable. However, Zuckerberg attempted to distance this rebrand from the current news cycle saying in an interview with The Verge.

Zuckerberg claimed that the rebranding process started long before the current cycle of bad news, saying that drawing that connection was “ridiculous” and “not the environment that you would want to introduce a new brand in.”

That said, the now Meta CEO will still have to grapple with current criticism surrounding its influence in the public square for now. If anything, creating a whole digital universe that allows people to buy and sell in an anonymized system while allowing them to interact using 3D avatars may exacerbate the influence that the current Facebook has.

Obviously, we’re just in the early years of Meta’s goal of developing a metaverse that supplants the current internet. The rebranded company is trying to build a cutting-edge future while attempting to cut off the remainders of its tainted present. With more technologies such as cryptocurrencies and non-fungible tokens (NFT) becoming more commonplace, it’ll be interesting how Meta will be able to leverage to build its world of tomorrow.

Facebook is now called Meta, except not really. Let us explain originally appeared on DigitalTrends.com 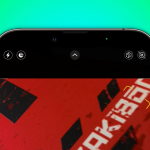 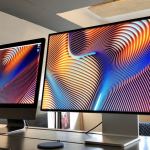