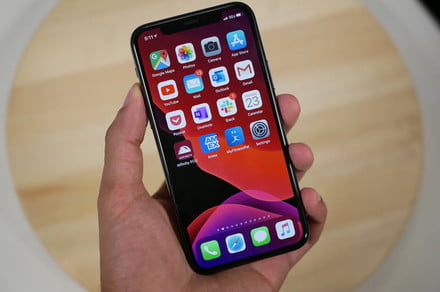 While the attention of most Apple observers and iPhone users has been riveted on the newly released and upcoming iPhone 12 series, customers who bought and still own the iPhone 11 have been looking forward to wrapping up the issues that made last year’s new phone experience somewhat less than perfect. For owners of Apple’s 2019 iPhone 11, iPhone 11 Pro, and iPhone 11 Pro Max, the biggest problems were linked to Apple’s iOS 13. Thankfully, none of those operating system issues rose to a major level, though they did cause some head-scratching and anxiety. With the much smoother release of iOS 14, most of the pressing issues seemed to fade away.

New hardware and software released at roughly the same time make it harder to decipher where the problems originate. There were so many reported issues with iOS 13 that Apple released a series of updates to respond to them, hoping those fixes mitigated any issues with the hardware. Here are a few of the iPhone 11 problems we discovered around all three versions of the handset so far, and some tips on how to fix them.

Apple’s iPhone 11 Pro and iPhone 11 Pro Max are among the iPhones affected by a display problem. One customer on the MacRumors site described it thusly: “About 25% of the time when I unlock my launch day iPhone 11 Pro the screen looks all washed out with a green tint. After about 3 seconds it flashes back to normal. Anyone ever have this happen or know if this is a problem on iPhone 11s? I should probably do a restore/set up as new but I’m trying to avoid that if possible.” The iPhone 11 Pro and Pro Max models are reported for this issue most often, and the phones’ OLED display may be responsible.

Observers have noted that installing iOS 14 could fix the issue. However, while this could be a persistent software problem, many customers noticed that screenshots derived from the green-tinted glass showed no tint, which suggests it is a hardware issue. Apple has acknowledged the problem and approved display replacements under warranty under some circumstances.

Issues with dysfunctional wireless charging are fairly widespread. Some customers with Qi wireless chargers report that after they place certain iPhone 11, iPhone 11 Pro, and iPhone 11 Pro Max models on the charger, the iPhone may recognize it as a charger, but will not actually charge, and may even become hot to the touch. One Apple discussion thread states: “Pro Max won’t charge wirelessly on 2 different chargers. Both chargers work fine with my old XS Max. Tried turning off Optimized Battery Charging, to no effect. Will only charge using the cable.” Some iPhone 11 owners said this bug first surfaced after installing various iterations of iOS 13, which may shift the blame to the software.

Regardless of its origin, if this is still an issue, you can continue to charge your phone with a wired connection. Make sure to update your iPhone’s OS with the quite stable iOS 14, for starters. Mechanical maneuvers include a power-off reset/restart, which did solve the issue for some people.

Activation issues are common when you try to get a new phone up and running for the first time, regardless of the model, and the iPhone 11 was no different.

If you’re having problems activating the iPhone 11, first make sure that all systems are up and running by checking Apple’s System Status page. If something is not toggled on green, wait until all systems are running and try again. If it’s green and still not operative, make sure your phone has a SIM card inserted. If you can switch the SIM card from your old phone into your new one, try that first. If you get a No SIM or Invalid SIM error message, Apple suggests the following steps.

If you find there are problems with any aspect of audio function there are various remedies you can try.

There are multiple reports of various iPhone 11 units getting uncomfortably hot and concerns about the effect on the long term battery life of their new handset. Among the heat-related issues was this comment: “I received my iPhone 11 Pro on Friday and notice my phone getting hot while using GPS on Saturday and then again on Monday. It was uncomfortably hot and to hold. I took it to Apple Monday evening and they informed me that as long as the phone doesn’t shut down or give the too hot alert then it is fine. I still think something is wrong and I will keep a close eye on this.”

Here are some general tips to cool down a hot phone. If you feel that the phone always gets too hot too fast, take it to your nearest Apple Store or contact tech support.

Complaints about overheating have continued throughout the year, with the last ones appearing in October 2020. Anyone who has this problem today should contact Apple Support directly.

Various iPhone 11 users report problems connecting their peripherals via Bluetooth. The problems include connecting, connecting in the car, and holding a connection after initially connecting. According to one user, “New iPhone 11 on iOS 13 is having Bluetooth connectivity issues. … The problem isn’t connecting. The problem is holding the connection. … I’m also having connectivity issues in my car. It will connect for 5 mins or more then automatically disconnect and reconnect. It’s really annoying. I didn’t have problems before with my iPhone 6 Plus. … Just updated to iOS 13.1 but still have this Bluetooth issue, which is really annoying!!!”

Apple suggests various steps you can try before contacting tech support. Make sure to update your iOS to the latest released version. Installing iOS 14 is a good idea.

Common iPhone 11 problems and how to fix them originally appeared on DigitalTrends.com 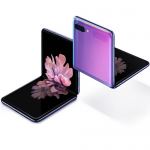 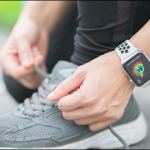