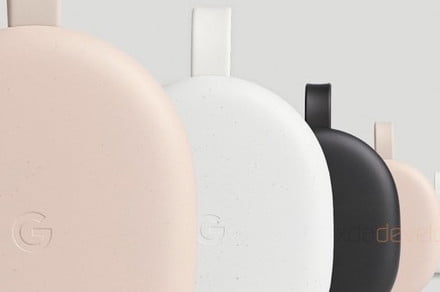 Google’s Chromecast and Chromecast Ultra are popular choices for those who want an affordable yet flexible way of streaming media on their TVs. However, Google hasn’t released an updated device in the Chromecast family since the 2018 launch of the 3rd-generation Chromecast. The Ultra, which launched in 2016, has never been updated. Does that mean Google has lost interest in streaming devices? No, far from it.

Citing “multiple sources with knowledge of the company’s plans,” Protocol says Google will launch this new device within months and will likely place it under its Nest brand. Here’s everything we know about the company’s next (Nest?) media streaming device.

Thanks to some recently leaked renders published by XDA Developers, we can say one thing is highly likely: The new Chromecast (if that’s what it’s still called) won’t be a set-top box like an Apple TV or Roku. Instead, it will stick with the tried-and-true HDMI dongle that Google has used for both of its existing Chromecast models. In case you’re wondering, the “Sabrina” text that accompanies the photos is reportedly Google’s codename for the device, not necessarily a public product name.

The shape and texture appear to have morphed, however, as we can see in these images. The new device is slightly elongated, losing the circular shape that we’ve become accustomed to. New colors will also be on tap if the images are accurate. Gone is the glossy piano black, replaced by matte versions in black, white, and what looks like a pinkish Barbie-like hue.

Control, but no remote

Chromecast devices work differently from all other media streamers in that they can’t really be used on their own. In order to view content via a Chromecast, a smartphone, tablet, or computer must connect to the Chromecast to initiate a media stream. From the user’s point of view, Chromecast devices don’t have an on-screen interface, and these streamers have never shipped with their own remote controls — the device that initiates the stream is the remote.

While that arrangement certainly simplifies things, it means that Google can’t use the Chromecast as a proper entertainment hub, with the ability to highlight specific apps, shows, movies, or music. And there’s no way to browse available content comfortably from your couch like you can with devices such as Roku, Apple TV, or Amazon’s Fire TV. As convenient as Chromecast is, it’s an accessory, not an experience. We think a remote-based device is the future of Google’s home entertainment strategy.

The leaks provided to XDA-Developers.com also included a video that is supposedly meant to get internal Googlers up to speed on the new product. That video provides confirmation that the new Chromecast will indeed have a remote this time and a really cool-looking one at that.

Notice the star key on the remote? It looks like that might be a programmable favorite button, letting users pick an instant-access option like Netflix, Amazon Prime Video, or possibly any other app they have installed.

Earlier this year, an FCC filing revealed what appears to be a Google-branded remote control. Judging from its shape, it could easily be the one pictured above. The two-tone dark-gray and white color scheme — while not necessarily representative of a final product — bears the design hallmarks that Google has used on its Pixel phones and Pixelbook laptops, but also its Google Home and Google Nest products, lending some weight to the idea that this might be a Nest-branded product.

Hmmmm… a Google Remote for an unknown device just passed through the FCC… https://t.co/nz0xBG8AtL pic.twitter.com/6gEQ35nR7g

However, it’s also a decent match for the look and feel of Google’s recently released Stadia game controllers, which makes it tempting to think Google might call its Android TV-powered Chromecast follow-up, either Pixel TV or perhaps Stadia TV.

Since this filing appeared in March, some have suggested that this remote may not be related to Google’s Android TV plans at all, claiming instead that it will be used for an as-yet-unreleased teleconferencing product.

So why has Google never given Chromecast an actual operating system? After all, Google knows a thing or two about creating user interfaces — and its Android TV OS has been gradually evolving into a full-fledged competitor to Roku, Amazon’s Fire TV, and Apple TV. It’s the built-in OS on Sony’s smart TVs and you can also find it on models sold by Hisense, Philips, and Sharp.

For a short period between 2014-2016, Google did sell such a device: The Asus-built Nexus Player. It was the only Google-branded device to run Android TV. But despite a relatively competitive $100 price and good hardware specs, it was poorly received due to a lack of decent apps and no universal search. It offered an optional game controller, but very few of the Android games it supported were designed for a TV experience.

Today’s Android TV OS uses a ribbon-style user interface that’s a hybrid of Apple and Roku’s app-grid home screens and Fire TV’s content-centric presentation. Google’s next Chromecast (if indeed that’s what it’s called) will reportedly use a new version of Android TV, one with a user interface that will “put a bigger emphasis on individual movies and TV shows” as opposed to apps, according to Protocol. It could end up looking more like Fire TV.

Once again, the leaked video gives us some tantalizing peeks at what this new interface could look like:

There’s even an indication that the software will be designed to put a greater emphasis on Google’s Live TV streaming product, YouTube TV. That makes a lot of sense: Apple’s revamped tvOS puts the Apple TV app front and center, so Google will likely do the same.

To help hardware and software developers create Android TV experiences, Google produces test kits — barebones black boxes that possess the minimum hardware specifications and come pre-loaded with Android. The most recent of these, known as ADT-3, was released earlier this year.

The existence of the ADT-3 on its own is not a sign that Google is about to start selling Android TV hardware again. There have been two previous ADT kits and neither ended up as anything other than a developer tool. However, last year XDA-Developers published the details of Google’s most recent Android TV roadmap, and it offers a few reasons to believe the ADT-3 may be more than just a test-bed.

The highlight of this roadmap is the planned addition of Google’s Stadia online gaming service to Android TV. Stadia already works with the Chromecast Ultra, but it would likely benefit from a modern hardware platform like the ADT-3 offers, complete with a fast processor and an HDMI 2.1 output.

But more tantalizing than this revelation is a mention of a “hero device,” which could indicate that Google intends to lead by example in 2020, by selling the first Google-branded Android TV device since the ill-fated Nexus Player.

When and how much? These are of course the biggest questions and also some of the hardest to answer. In order for Google to be competitive with Roku and Amazon Fire TV, we think the Chromecast Ultra’s current price of $70 is just about perfect, especially if Google isn’t planning to add features like USB ports, or very high-performance chipsets. It could go as high as $100, but once you get into that territory you lose everyone who is content with a device that does what Roku and Fire TV devices are capable of.

An $80 price has been suggested by those familiar with Google’s plans, according to Protocol. Given that the remote control looks very slick, it stands to reason that Google would charge a slight premium over the current Ultra’s price.

As for when we might see this next-gen streamer, that’s harder to predict. Originally, Google’s annual I/O developer conference was scheduled for May 12-14, but has since been canceled due to the spread of coronavirus. But if Google was actually preparing to launch its new streaming device at the event, there’s no reason why it couldn’t do what Apple has done in recent weeks and make its product and software announcements online instead. A summer launch is a distinct possibility.

If that does not come to pass, the next likely window is October. In years past, Google has held a “Made By Google” fall event for new products, with its Pixel phones as the keynote.

So there you have it. It’s not a lot to hang your hat on, and it’s mostly speculation at this point, but we’ll keep this page updated as soon as we learn more details about the next Chromecast/Pixel TV/Nest TV/Stadia TV device. 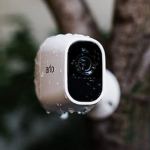 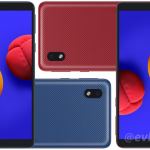