You might think the biggest announcement of WWDC 2020 is Apple ditching Intel processors in favor of first-party silicon, but you’d be wrong. No, the big news is that iOS and iPadOS 14 will finally let you choose your default browser and email apps.

In an all-digital WWDC 2020 held on June 22, 2020, Apple announced a new major version of the operating system that powers the iPhone and iPad: iOS 14 (or iPadOS 14 for tablets). A stable release is expected sometime in Fall 2020.

In addition to a long-awaited new-look Home screen and enhanced app organization, iOS 14 will allow users to change their default browser and email clients for the first time. Currently, the default browser is Safari, while Mail picks up all email duties.

If you’re already using a third-party browser like Chrome or Firefox, you might wonder what all the fuss is about. The change takes effect system-wide and allows you to dictate which app opens when you click on a web link or an email app.

While some apps already support opening links in non-Safari alternative browser apps, this is the first time Apple has enabled the change across the whole operating system.

It follows a trend of Apple gradually relaxing some of the restrictions that have given the company their “iron grip” reputation. In 2014, iOS 8 brought third-party keyboards to the platform for the first time. With the arrival of iOS 10 in 2016, Siri was finally allowed to interact with third-party apps like Uber and WhatsApp.

A year later iOS 11 added a file manager, imaginatively named Files. iOS 12 saw the arrival of Shortcuts, an app that lets users create simple or complex workflows that can be triggered using a spoken phrase and Siri. Even proprietary technology like AirPlay is finding its way into Samsung-branded displays.

Now the iPad has a trackpad and you can plug a mouse into your iPhone, something Apple resisted for so long. The company has even playfully referred to the iPad Pro as a computer, despite its reluctance to push the tablet as a laptop replacement in past marketing materials.

Still Safari Behind the Scenes

That means that Safari is still powering the web experience on iOS or iPadOS. Downloading a third-party browser will not change render times or how web pages are displayed. This makes it easy for developers to target a large number of users, as all web pages are rendered according to one set of rules regardless of which app is being used.

It’s important to point out that this policy hasn’t prevented developers from building interesting browsers with unique features. The now-retired Opera Mini compressed webpages so that users on slow connections could browse quicker. Its successor, Opera Touch, includes a cryptocurrency wallet and blocks web-based cryptominers. You can even browse onion sites via the Tor network on your iPhone with Onion Browser.

Third-party browsers have demonstrated that they have a place on your iPhone. A third-party browser will use its own user interface and feature set. You can sign in to your Mozilla or Google account and sync tabs between devices, access personal settings, and recall all of your bookmarks. Many include built-in privacy tools like ad blockers and VPN services.

With iOS 14, the operating system (and all other apps) will respect your choice of browser so you can finally let go of Safari, at least in outward appearance. If you’re a Windows user who prefers Edge, or a Chromebook user deep in Google’s ecosystem, this is a change for the better.

Why Apple Made the Change

Apple doesn’t share its internal decision-making processes, but there are some clues as to why this policy has finally changed. The most obvious is that many app developers have been trying to implement this sort of change for a while now.

Google’s apps heavily promote the use of Chrome for iOS. When you open a link in Gmail for the first time, you’ll be asked if you want to open it in Chrome, Google (a search engine app that can function as a browser), or Safari. Other high-profile apps like Reddit allow you to specify a “Link browser” including Google Chrome.

These apps take advantage of the ability to pass information between processes. Once you’ve preferred a browser other than Safari inside such a third-party app, the iOS user experience becomes less predictable. Allowing users to specify a system-wide preference restores some consistency across the platform. The same can be said for email clients.

Is it a coincidence that the change comes as Apple is facing two probes into anti-competitive behavior in Europe? Possibly. But it’s no secret that such a move buys the company some goodwill among its customers. It sends a message that Apple is open to change and evolving as a company—whether that is true or not.

Apple makes small concessions over time. What started with third-party keyboards has eventually become third-party browsers and email clients. Other app types could see a similar change, but how far the company will go remains to be seen.

Google is already pushing its iOS apps hard. Under “Settings” in apps like YouTube or Gmail is a “Default Apps” section with a few obvious substitutions. This includes using Waze or Google Maps to open addresses in place of Apple Maps, and using Google Calendar instead of Apple’s default Calendar app. If you don’t have the apps, you’re prompted to download them.

Being able to specify a default camera app for the lock-screen shortcut would be a nice touch.

One thing’s for sure: it’s unlikely we will see Apple introduce larger changes like allowing users to change the default messaging app, as is popular among Android users.

iOS 14 will be arriving right around the time we learn more about Apple’s latest iPhone offerings, usually in late September or early October. Until then, you can sign up for the iOS 14 public beta which should become available in July.

Remember that beta software is prerelease software. You should back up your device before installing the beta, and be aware that some things won’t work correctly. Lastly, any apps that you want to use as a default mail or browser will need to be updated for the change by their respective developers.

So, even if you install the beta, there’s no guarantee your browser or mail client of choice will work right away. But that’s not the only reason to try out the iOS 14 beta. Check out all of the new features coming to your iPhone and iPad this fall.

Browser Choice Finally Comes to the iPhone with iOS 14 originally appeared on HowToGeek.com 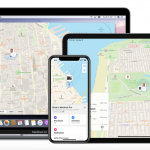 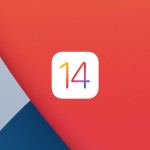