BLU’s first budget smartphone release of the year continues the company’s pattern of cramming respectable parts into phones that are dirt cheap. The G90 has a spec list that looks like a $300-400 phone, but its sticker price reads $150. Early buyers get an even better deal: the phone launches on Amazon today for $99.99.

The G90 is a sequel to last year’s similar G9 model. It has a 6.5-inch 1600×720 screen with a “teardrop” notch and curved glass on the sides, though there is a noticeable chin bezel on the bottom edge. It slides out into a blue-teal body (so hot right now) but you can also get it in black. Pink and white colors have been shown, and might be available later.

Underneath is a MediaTek Helio A25 octa-core processor, 4GB of RAM, and 64GB of storage, plus whatever you can fit in the MicroSD card slot. The unlocked, dual-SIM LTE phone is compatible only with GSM carriers, and its 4000mAh battery should last for a day or two at least. Charging is relatively quick at 10 watts, though there’s no wireless charging.

There are a few features that elevate the phone above the usual budget crowd. First, it uses a rear-mounted fingerprint reader, which is a blessing after some budget options have tried too hard with a finicky under-the-screen version. Second, it uses a triple rear camera array: 16MP main shooter, 8MP wide angle, and a tertiary 2MP depth sensor. The selfie cam on the front is 13MP, but lacks any extra hardware for biometric face scanning.

Third, and best of all, it comes with Android 10 out of the box. Though this shouldn’t be a point of pride the year after the software came out, it is, because that’s how Android phones do. BLU hasn’t said anything about upgrades, so don’t expect a quick arrival for Android 11 later this year.

The G90 comes with free headphones, a glass screen protector, and a TPU case in the box. There’s no indication of when the $100 promotional price will expire, so buy quickly if you want that discount.

BLU’s G90 Has a Big Screen and Triple Cameras for $150 (or $100 If You Hurry) originally appeared on HowToGeek.com 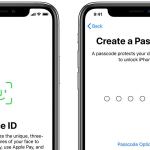 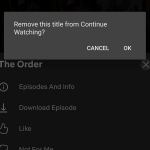