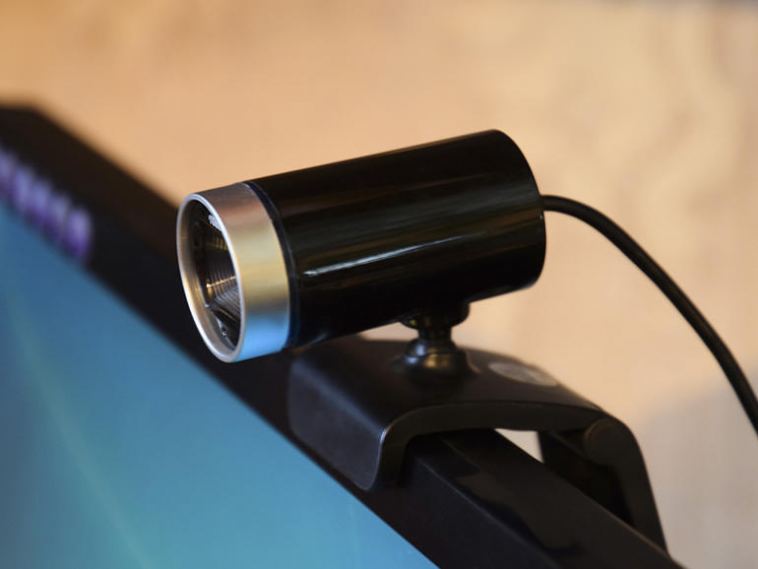 Zoom has been making headlines in recent weeks, as millions of people turn to video-conferencing apps to keep in touch with family and friends during lockdown. Video calls have been vital for businesses too, allowing staff to maintain contact with colleagues and clients while working from home. And even when lockdown restrictions are lifted, it seems likely that social-distancing measures mean that video calls will be part of ‘the new normal’ for some time to come.

Most laptops and all-in-one desktop PCs now include a built-in webcam, so it’s not essential to buy any additional equipment for video calls. However, those built-in cameras do tend to be fairly basic, with moderate resolution and image quality, a limited viewing angle, and few controls. Business users who want to project a more professional image can benefit from a dedicated webcam that delivers a better image, as well as a high-quality microphone and other features.

Cheaper webcams tend to offer 720p resolution (1280×720 pixels) and some of the better 720p cameras do provide perfectly good image quality. Increasingly, though, high-definition cameras are becoming the norm, offering ‘1080p’ (1920×1,080) or even 4K (4096×2,160) resolution. Other features to think about include an adjustable stand that allows you to tilt and swivel the camera, a wide-angle lens, and a noise-cancelling microphone (especially if the kids are still at home).

Most webcams use a standard USB connection, so they’re compatible with both PCs and Macs, and can generally be used with standard video apps such as Skype and Zoom. However, Mac users should also check to see if the camera requires a special app from the manufacturer that provides additional features.

Disclosure: ZDNet may earn an affiliate commission from some of the products featured on this page. ZDNet and the author were not compensated for this independent review.

Harman Kardon is best known for its stylish home audio systems, but AMX is part of its professional division, which also provides audio and video equipment for the business market.

There are two versions of its Acendo Vibe, with the ACV-2100 model simply consisting of a large soundbar speaker that can provide an audio upgrade for an existing video-conferencing set-up. Alternatively, the ACV-5100 model adds an HD webcam as well, with FHD (1920×1080) resolution and wide-angle (110°) field of view that will work well for presentations when working from home, or for a small meeting room.

Like any good soundbar, the Acendo Vibe is very well connected, providing USB for computer connection, HDMI for a TV or larger display, and Bluetooth to allow the soundbar to work as a speakerphone when taking calls from a smartphone. The official price is actually listed around £1300/$1300, but we’ve seen the ACV-5100 online recently for as little as £458.33 (ex. VAT; £550 inc. VAT) and just $300 in the US.

AVer Information produces a wide range of AV equipment for business and education, and its Cam340+ is a versatile device that can double up as both a personal webcam and ‘huddle room’ conferencing system.

It’s neatly designed, with a clip stand that can attach to the top of a laptop or desktop monitor, but also folds into the base of the camera so that you can sit it on a desk or nearby shelf. There’s a tripod connector as well, although a tripod isn’t included in the price.

The Cam340+ is relatively expensive, but provides full 4K resolution when connected to a PC or Mac via USB 3.0 or USB-C – and can scale the video image down to 1080p and 720p for older computers as well. The camera also provides an impressive 120-degree viewing angle that works well for presentations and lectures, and AVer’s background in education comes in handy with its EZLive app for PCs and Macs providing additional features for annotations and grabbing snapshots.

No mere webcam, the DX80 is a self-contained video-conferencing terminal that combines a 23-inch HD display (1920×1080 resolution) with a built-in camera and speakerphone, as well as a number of additional USB ports, HDMI for connecting to your laptop, and Ethernet connectivity for a lag-free wired network connection.

Video resolution is limited to 720p, but Cisco’s enterprise-oriented Webex conferencing software – which it currently promotes as a more secure, business-quality alternative to Zoom – provides features such as a whiteboard and annotations that will be useful for collaboration and presentations. The sting in the tail, aside from the price, is that the DX80 is designed specifically for use with Webex conferencing software, although it’s also possible to join Webex calls when using Skype, and some other video-conferencing systems from Polycom (now known as Poly, since its merger with Plantronics).

View Now at Cisco (US) Amazon (US)

Lenovo’s ThinkPad laptops are a popular choice with many business users, and its VOIP 360 Camera Speaker is a versatile accessory that’s useful for both video and voice calls.

The camera uses a USB-C cable to draw power from a PC or Mac, with a USB-A adapter included, along with a carrying case. The 1080p camera is designed to sit on a desk, rather than being clipped onto the top of a computer monitor, but that’s because it provides four separate viewing modes. Simple video calls may only require the 90-degree viewing mode, but you can also switch to wide-angle 180° or the full 360° for use in a small meeting room. There’s even an option to capture four separate 90-degree images for different people in a room.

As the name suggests, this is a combined camera and speaker, so it can also be used as a speakerphone for VoIP (Voice over IP) calls, as well as supporting Unified Communications (UC) for office systems. There’s no Bluetooth though, so you can’t use it for calls on a smartphone.

Logitech has been in the webcam business for decades, and its current range covers everything from low-cost cameras for home users right up to boardroom video-conferencing systems costing thousands of pounds. But if you’re after an affordable business-quality webcam, then the C930e is a good place to start.

Equipped with a high-quality glass lens, the C930e delivers 1080p resolution – which can be scaled down to 720p if required – and a 90-degree viewing angle with auto-focus, so that you can step back to a whiteboard for presentations if need be. There’s also 4X digital zoom for close-up work, dual microphones and a privacy shutter in case you’ve just stumbled out of bed in the morning.

You can tilt and swivel the camera on its adjustable stand, which can be clipped onto a laptop or external monitor. There’s a tripod connector too, although you’ll need to provide the tripod yourself.

As the rather long-winded name suggests, the Brio Ultra HD Pro is Logitech’s top-of-the-range personal webcam for business users (there’s another model called the Brio Stream, which looks virtually identical, but is aimed at gamers).

It’s packed with features, including a high-quality glass lens that supports full 4K (4096×2160) resolution with HDR (High Dynamic Range) for optimum picture quality. You’ll need a PC or Mac with USB 3.0 or USB-C in order to use the 4K mode, but the camera also offers 1080p and 720p modes for older computers as well.

The Brio provides three viewing angles, with 65° designed for simple head-and-shoulders shots, while 78° can fit another person into the image, and 90° provides a wider view of the room for presentations and demos. There’s also a 5X digital zoom available, although this only works when using 1080p resolution, along with a privacy shutter, dual noise-cancelling microphones, and optical and infrared sensors that support Windows Hello for extra security.

Logitech’s webcams are primarily intended for personal use, but the company also makes a number of ‘ConferenceCams’, such as the Connect, which are a little more versatile.

The cylindrical Connect is designed to sit on a desk, rather than being attached to a computer screen, but you can pan and tilt the glass lens using the handheld remote control (which also covers the lens for privacy when the Connect isn’t in use). The camera provides 1080p and 720p video modes, with 4X digital zoom, and its 90-degree field of view is good for stepping back and giving presentations, or covering small groups in an office.

There are two internal microphones, and the Connect can also work as a speakerphone for audio calls, using Bluetooth to connect to your mobile devices. It even includes a rechargeable battery so that you can quickly pick it up and carry it from room to room, allowing you to use it as a standalone speakerphone without requiring a USB connection to your PC or Mac.

Owl Labs’ Meeting Owl will be overkill for simple person-to-person video calls, but it’s a good option if you need to give presentations while working from home, or organise a small meeting in an office huddle space.

Instantly recognisable thanks to its distinctive ‘owl eyes’ status lights, the Owl offers two models, with the Meeting Owl shown here providing 720p resolution, while the Meeting Owl Pro steps up to 1080p. However, both models use a 360-degree lens to create a panoramic view of the room, with a split-screen view that shows the entire room, as well as focusing on the current speaker. There’s also a ‘lock’ option that can keep the camera fixed on a specific part of the room, such as a whiteboard during a presentation.

The camera works with standard video apps such as Zoom and Skype, but does require the Owl app for iOS or Android during the initial setup process. There’s a built-in speaker as well, although this means that the Owl requires both a USB data connection to your PC or Mac, and a separate mains power supply.

Plantronics’ takeover of Polycom in 2019 created a new communications giant, which now goes by the name of Poly. The new company boasts an extensive range of video-conferencing equipment, with its EagleEye range of webcams focusing, so to speak, on individuals and smaller groups.

Prices start at just £95.83 (ex. VAT) or $165 for the EagleEye Mini, which is a personal webcam designed for use with a laptop, although other EagleEye models can cater for groups of up to a dozen people. The camera is fairly conventional, with a clip-on stand and USB cable for connecting to a PC or Mac, but it’s one of the more affordable cameras that offers full HD resolution (1920×1080) and 4X digital zoom. The stand includes a tripod connector (tripod not included), and Poly also provides an optional wall-mount kit as well.

The EagleEye Mini can be used as part of a larger Poly conferencing system, and supports the company’s RealPresence collaboration software, which is available for both PC and Mac. It also works with standard video-conferencing apps such as Skype and Zoom.

Razer is well-known for its range of gaming laptops and accessories, and its Kiyo camera is primarily designed for online gaming and streaming. However, it does have one very ingenious feature that can come in handy for business users who want to add a more professional look to their video calls.

The camera itself is fairly conventional, offering 1080p and 720p options for video calls, while the Kiyo software also provides an option to adjust the aspect ratio to 4:3 for video calls, as well as the ability to capture still images at 2688×1520 resolution.

The clip stand can easily attach to a laptop or external monitor, and includes a tripod connector as well (tripod not included).

The Kiyo’s stand-out feature, though, is the ‘ring light’ that circles the camera. The extra lighting can help to enhance visibility and image quality during your calls, and is quickly adjusted simply by rotating the ring mechanism on the camera. It’s attractively priced too, and the only disadvantage is that the Kiyo software is currently only available for Windows PCs. 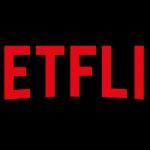 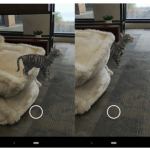