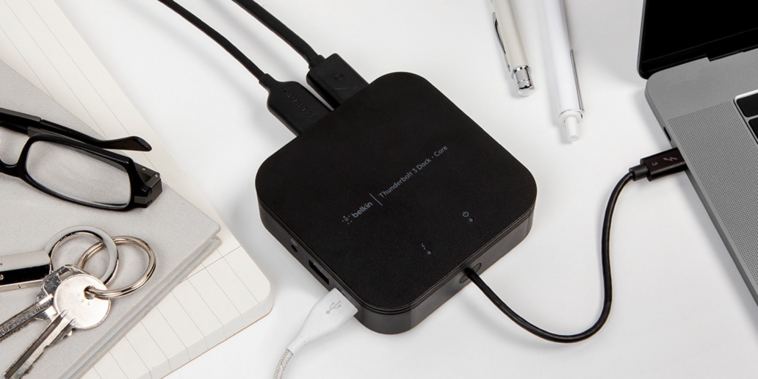 Belkin is now out with its new Thunderbolt 3 Dock Core, the latest addition to its stable of USB-C hubs and other docking stations. Alongside notable features like 60W USB-C charging passthrough and the ability to drive 8K monitors, the upcoming 7-in-1 hub takes on competing offerings with a compact, bus-powered design. Head below for all of the details, including pricing and how to lock-in your pre-order.

Belkin’s latest Thunderbolt 3 accessory enters in the form of a bus-powered hub that’s notably more compact than your average docking station. Despite the Thunderbolt 3 Dock Core’s low-profile design, it doesn’t skimp out on the features you’d expect from a full desktop-oriented solution. With 40Gb/s bandwidth across the entire package, you’ll be able to add Gigabit Ethernet, Display Port, HDMI, a 3.5mm jack, and dual USB 3.0 slots to your machine alongside a USB-C PD input.

Arguably the most eye-catching of these inclusions is the support for 8K monitors. It can only drive a single display at this resolution, as using both of the monitor connections will drop down to 4K at 60Hz — which is still not half bad for a bus-powered dock.

For connecting legacy devices, Belkin has also incorporated two USB-A ports into its Thunderbolt 3 Dock Core. There’s a typical USB 2.0 slot for plugging in mice or keyboards, as well as a USB-A 3.2 Gen 2 port which is ideal for hard drives with its 10Gb/s throughout. An integrated 6.8-inch USB-C cable completes the package goes hand-in-hand with its more portable design.

Belkin’s new Thunderbolt 3 Dock Core is slated to launch on July 2 and enters with a $169.99 price tag. It’s now available for pre-order at Amazon, as well as direct from Belkin, and will be officially shipping come the end of the week.

Belkin’s Thunderbolt 3 Dock Core is about as full-featured as they come in the product category, especially for its bus-powered nature. The inclusion of a 60W power passthrough port is a huge plus, allowing this portable option to become a true 1-cable docking solution for many users. Pricing is competitive as well, with most desktop docks ship in the $250 price range. 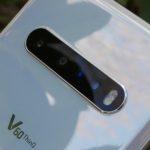 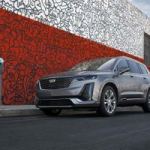