While Apple has already completed the Apple Silicon transition for most of its Mac lineup, the Mac Pro remains an outlier. A new report from Bloomberg today has additional details on what to expect from the Apple Silicon Mac Pro, which could be released sometime in early 2023.

I’m told that these laptops will come in M2 Pro and M2 Max configurations. The M2 Max will have 12 CPU cores—made up of 8 performance cores and 4 efficiency cores—and 38 graphics cores. It will also continue to come with up to 64 gigabytes of memory. Those options will be available across both screen sizes.

He also notes that Apple is working on a new Mac mini, also powered by the M2 chip. This version of the M2 chip will be the same one as what debuted in the 13-inch MacBook Pro and MacBook Air in June.

Meanwhile, the Mac Pro is even more impressive. Gurman reports that one of the models being tested by Apple

My belief is that the Mac Pro will be offered with options for 24 and 48 CPU cores and 76 and 152 graphics cores—along with up to 256 gigabytes of memory.

In fact, I can share one configuration of the Mac Pro in active testing within Apple: 24 CPU cores (16 performance and 8 efficiency cores), 76 graphics cores and 192 gigabytes of memory. That particular machine is running macOS Ventura 13.3. Ventura 13.0, the first version of the new macOS, is launching Monday.

As for a release date, Bloomberg says the new MacBook Pro and Mac mini will be available “within the coming months.” The Mac Pro isn’t expected until 2023. 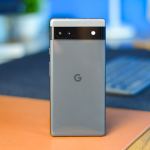 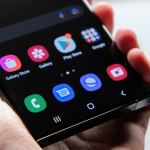