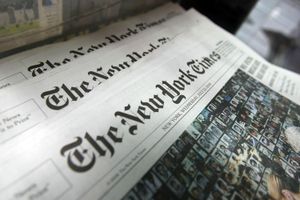 The publication on Monday said its articles will no longer appear in the Apple News feed found on iPhones, iPads and other Apple devices. The Times said it “doesn’t make sense” for the publication to be on Apple News, as reported by NiemanLab. The partnership hasn’t given the Times a direct relationship with readers, like it had hoped, it said, and Apple News gives the paper little control over the business.

“Core to a healthy model between The Times and the platforms is a direct path for sending those readers back into our environments, where we control the presentation of our report, the relationships with our readers, and the nature of our business rules,” Meredith Kopit Levien, chief operating officer, wrote in a memo to employees, as published Monday in the Times. “Our relationship with Apple News does not fit within these parameters.”

The Times said in a statement provided to CNET that its exit from Apple News is effective Monday but that it will work with Apple on other products.

“Apple News does not align with our strategy to fund quality journalism by building direct relationships with paying readers,” A Times spokesperson said. “We believe quality publishers should be fairly compensated for the expensive proposition of creating and providing platforms valuable independent journalism.”

Apple, meanwhile, said that the Times only has offered Apple News “a few” stories each day.

“We are committed to providing the more than 125 million people who use Apple News with the most trusted information and will continue to do so through our collaboration with thousands of publishers, including The Wall Street Journal, The Washington Post, the Los Angeles Times, the Houston Chronicle, the Miami Herald, and the San Francisco Chronicle, and we will continue to add great new outlets for readers,” Apple said in a statement provided to CNET. “We are also committed to supporting quality journalism through the proven business models of advertising, subscriptions and commerce.”

Apple has long tried to figure out how to combat fake news and give its users access to trusted news sources. It has curated its App Store since the beginning and handpicks the content seen in its News app. It has promised to work with publishers and not compete with the news publications for advertising funds.

In March 2019, it got even deeper into news by unveiling Apple News Plus, it’s $9.99-a-month premium news service. The price gives subscribers access to a host of publications, ranging from The Wall Street Journal to Condé Nast magazines. In return, the publications get access to a new revenue stream and potential subscribers they might not have reached in the past.

But some publishers, including the New York Times, opted out of Apple News Plus from the beginning, preferring instead to handle their own subscriptions and relationships with customers. And others have complained that they don’t make enough money from the partnership for it to be worth it. 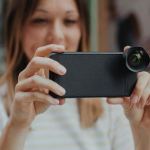 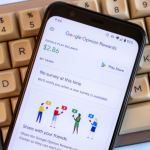