WWDC20 was huge. Yes, Apple overwhelmed us with all the fancy new updates and upcoming features for its entire OS portfolio (iOS 14, iPadOS 14, macOS Big Sur…), but the biggest surprise was something that had little to do with software. Apple announced its radical new plan for the future of Mac hardware – a switch from Intel to custom silicon. Or in simple words, Apple will do with the Mac what it does with the iPhone – equip them with its own processors.

Now, we are left with two huge stories. The first one is that Apple is finally locking its entire product portfolio with in-house software and hardware. The second one is how this bodes for Intel and its future in the world of computing. Well, we think the future is not as doom-and-gloom for Intel as one would believe after losing a cash-rich golden-boy client like Apple, but it will definitely hurt.

Of course, Apple also knows the risk of such a huge move. So big that an undo button virtually doesn’t exist, and a single swing of the bat is all it got.

But Apple has been on this road before when it switched from the PowerPC to Intel processors over a decade ago. However, this time, Apple appears to be more prepared than ever. Let’s first discuss how Apple’s divorce from Intel regarding its PC silicon courtship is major news. And how at the same time, it is also the dawn of a new trend that began years ago.

In broad terms, Apple sells millions of Intel-powered Macs every year, and this definitely will hurt Intel’s pockets. However, in Apple’s own words, the transition will take two years to complete, so Intel has another couple of years to milk money from the company, although less and less with each passing quarter. However, take a look at a few other key trends that have been eating away at Intel’s dominance lately, although at a much slower pace and with a lesser magnitude than Apple’s bombshell announcement. So, here it goes:

The rise and rise of AMD

In the past couple of years, AMD has been nibbling away at Intel’s dominance in the market across almost every segment. Talking from a price-sensitive consumer perspective, AMD’s Ryzen lineup, especially the third-gen, undercuts machines with Intel processor when it comes to the price tag. And this is something that almost every brand is exploiting to hawk their products, and to extremely favorable results.

For a few years, the mobile Ryzen portfolio was limited to the low-end and mid-range laptop segment where it competed against Intel’s Core i3 and i5 processors and was sold at a lower price. But as AMD’s silicon proved its mettle, higher-end Ryzen processors started appearing across all price brackets. For example, you can now easily purchase a solid gaming laptop such as the Asus ROG Zephyrus G with a Ryzen 7 processor and an adequately powerful NVIDIA GeForce GTX 1660Ti graphics for much lesser than a gaming laptop with Intel silicon.

Even the ultrabook segment is now more diverse, where you can now find AMD at the heart of products like Microsoft’s Surface Laptop 3 or a sleek HP machine. Heck, many brands are even launching AMD editions of laptops that offer the same configuration for a cheaper price by just swapping the Intel silicon with a comparable Ryzen processor.

But AMD did not win this solely because it was cheaper. On the contrary, AMD took the battle to Intel and beat it to the punch on many performance grounds. For starters, the superior power efficiency you get with a 7nm Ryzen 4000 series processor will obviously be higher than a 14nm or 10nm Intel processor. Plus, the Vega graphics on AMD’s offerings do come with some gaming and graphics-handling chops compared to the Intel HD integrated graphics, which is good only for titles released in the 90s, if barely at all. But there’s way more to the picture here.

When it comes to creative work such as intensive graphics rendering or overlay-heavy audio processing, every core and thread counts, and not just the sheer Hz figure. And this is another area where AMD has been crushing Intel. AMD’s Threadripper line, which comes in flavors with up to an insane 64-core count, destroys what Intel has to offer around the same price bracket. The cost-per-core ratio offered by AMD’s Ryzen and Threadripper lineup has been superior to Intel’s for a while now. And with the Zen 3 design and RDNA 2 architecture on the horizon, things don’t seem to be getting easier for Intel anytime soon.

The pace at which AMD has lately been saturating every price bracket and user requirement category with competitive offerings, the breathing room for Intel in the PC segment is shrinking with each passing day.

Yes, AMD still has an uphill battle when it comes to the gaming segment, where Intel’s new Core i9 monsters have been setting new benchmark, and AMD’s poor record with driver updates also needs to be fixed, but AMD has been filling that gap at a brisk pace as well. Take for example the Ryzen 3700X that has 8 cores and offers a 3.6GHz clock speed, but still costs almost $100 less than Intel’s Core i7-9700K that has half the number of threads with the same frequency. Of course, the actual performance and benchmark metrics do give Intel a superiority at the higher end where the Core i9 thrives, but that performance gap will fill really fast with what AMD has in the bags for 2020’s latter half.

Always Connected PCs are here too

Always Connected PCs are a thing too, and depending on how mainstream they can go, Intel is looking at a three-way Mexican stand-off in the long run, although it might sound a bit too far-fetched right now. But what on God’s holy Earth is an Always Connected PC? As per Microsoft, an Always Connected PC is essentially a Windows machine that uses an ARM-based SoC such as the Qualcomm Snapdragon 8cx compute platform or the Snapdragon 835 before it, instead of an x86-based Intel processor

The key premise of an Always Connected PC in 2020 is that it should offer 24×7 connectivity (thanks to a built-in cellular modem), offer a battery life of around 15-20 hours that is on par with a regular PC, must be light and portable, and of course, should run Windows. Using a mobile processor ensures that they are slim and feather-light, while onboard 4G or 5G support ensures that users are always connected to the web. Most of the modern Always Connected PCs out there run Windows 10 in S mode, and are sufficiently powerful, but architecture and app compatibility does create performance bottlenecks

But on the bright side, they are a great option for those who would prefer the productivity and versatility offered by a Windows machine over a Chromebook or an iPad. A sleek fan-less design, a variety of form factors to choose from, instant power on, and round-the-clock connectivity is what makes them an excellent option for those who just want a dependable computing machine that they can carry around with ease. Of course, you’ll have to carefully analyze whether the limitations posed by them are worth the sacrifice for the benefits they offer.

Seeing it with a crude perspective, there are many users who would want the conveniences offered by an Always Connected PC given their demands from a PC, and if it catches on, Qualcomm will rise as the leader of an altogether new PC segment where Intel is almost non-existent. Right now, the options you have at your disposal are the Samsung Galaxy Book S, Lenovo Flex 5G, and Galaxy Book2 among others.

None of them are exactly cheap, but there is definitely a class of buyers for whom the benefits far outweigh the price constraint. Notably, Qualcomm also has the cheaper Compute 8c and 7c platforms in its portfolio for affordable Always connected PCs, which directly means the reach of such machines will expand to a wider consumer base.

Although it is hard to predict where Always Connected PCs will be in the next few years. But with mobile processors climbing up the performance ladder, armed with always-on connectivity, and a sleek form factor, I definitely see a new category emerging in the PC segment. An ecosystem where Qualcomm appears to have absolute dominance and Intel is nowhere to be seen, something that will definitely shift the dynamics and will ultimately shave some revenue from Intel’s bank account.

Yes, demonstrations don’t often depict the real picture, and we don’t know which apps will fail on their transition journey from x86 architecture to the ARM side of things. But one thing is certain – Intel is far gone from Apple’s vision of the Macs’ future. Apple has already made it clear that its dream of a shared scalable architecture will finally allow the hardware-software integration it has long desired to emulate from the iPhone and iPad formula.

And with Universal 2 and Rosetta 2 coming into the picture, Apple is optimistic that it won’t have to deal with any major app migration issues from developers’ end as well. While running Office apps on a Mac with custom silicon is something that is not particularly impressive, Apple truly surprised us by running the extremely intensive Maya 3D modeling and rendering software, alongside Final Cut Pro doing some seriously good job – all on a machine based on the A12Z Bionic chip fitted inside the iPad.

Of course, Apple is yet to reveal how good its custom silicon for the Macs really is in terms of performance gain over what Intel or an AMD processor would deliver. But if the rumors are true and Apple has indeed achieved a noticeable performance boost on test hardware based on its custom chip vis-a-vis an Intel chip, things are only going to improve in the long run.

Plus, TSMC will reportedly make Apple’s Mac silicon based on the 5nm process, which essentially means it will be at least a generation ahead in terms of performance compared to Intel, which is still tightly holding on to the 10nm design. And if Apple can scale that up, starting from the entry-level MacBook Air that will absolutely fly on a custom chip, all the way up to the Mac Pro and iMacs where Intel’s Core i9 and Xeon processors are kings for creative tasks, there is little hope that Intel is going to return on Apple’s radar anytime soon. And that would mean a big loss for Intel.

Yes, Intel still makes a truckload of money primarily from its enterprise customers who are involved in hardware such as server stacks. And yes, Intel will still appear inside a lion’s share of Windows machines that will keep flooding the market in the foreseeable future. But the compound effect of AMD’s rise, the emergence of a new class of Always Connected PCs, and the not-so-tearful departure of a huge client in Apple will definitely prompt Intel to sit on the discussion table and chalk out new plans for the future.

Apple is moving to custom silicon. Where does this leave Intel? originally appeared on Pocketnow.com 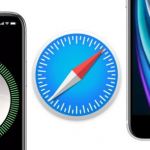