Apple is now inviting macOS developers who are part of the Universal App Quick Start Program to join Apple engineers on special labs next week. The program is intended for developers who have access to the Developer Transition Kit in order to prepare apps for Apple Silicon.

Back in June, when Apple announced the transition from Intel processors to its own Apple Silicon on the Mac, the company offered a custom Mac mini with the A12Z chip to some developers. These developers were able to prepare their apps for Apple Silicon Macs even in advance of this new hardware being available to the public.

Now, the same developers are being invited to one-on-one labs with Apple engineers so they can learn more about how to prepare apps for the Apple Silicon platform on the Mac. Developers who have a Developer Transition Kit can request an appointment with Apple until November 1 at 5 p.m. PST, while the labs are scheduled for November 4 and 5.

As a member of the Universal App Quick Start Program, you can receive one-on-one code-level guidance from an Apple engineer on optimizing your iPhone, iPad, and Mac apps for Apple silicon Macs.

Although the company doesn’t mention any specific reason for these labs, there are rumors about another Apple Special Event that will be held sometime in November in which the first Apple Silicon Macs will be officially announced. It’s easy to imagine that Apple now wants developers to have apps ready for new Macs once they become available in a few weeks.

Earlier today, the first developer beta of macOS Big Sur 11.0.1, even though macOS 11 Big Sur hasn’t yet even been released to the public. One likely possibility is that Apple is holding the public release of macOS Big Sur 11.0 until Apple Silicon, similar to what it did with iOS 14.1 earlier this month, which could help prevent leaks.

Based on rumors, the next Apple Special Event will take place on November 17. 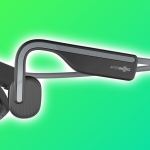 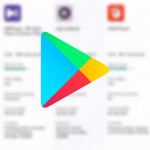