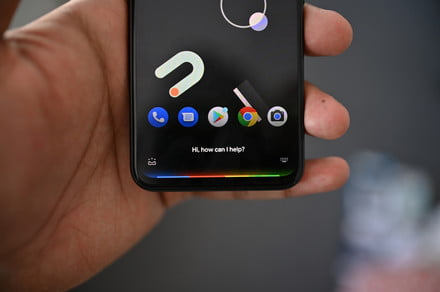 The next version of Google’s Android software, Android 11, will be released in 2020 — and even though it won’t have a sweet, dessert-related name this year, you can still expect great things. Given pandemic related concerns, Google eschewed the splash unveiling at a developer event (indeed, the company canceled Google I/O entirely) and simply released a public beta on Wednesday, June 10.

You can download the beta right now, if you’re willing to forgo a little stability for the latest features. And there are quite a few, from an excellent new system to control smart home devices to updates to how Android handles notifications to tweaks in the overall user interface. It may not be a revolution, but it’s a definite improvement.

Our hands-on Android 11 beta review walks you through the experience of using the new software, if you’re thinking of giving it a whirl. Meanwhile, here’s what you need to know about Android 11, including the projected release dates, biggest features, and more.

When will it be released?

Google traditionally releases the final, public version of Android during the last few months of the year, often along with its new Pixel smartphones. In 2019, Android 10 was released on September 3. Expect a similar early September date for Android 11 in 2020.

Before the public release of a new OS, Google sends out beta versions to developers to test out first. The first arrived in March for the past few years, although this year the initial developer beta of Android 11 came in mid February. Traditionally, the next major Android release event is during Google I/O, when the software get its official launch. That was different this year, of course.

Note that Android 11 is only just entering public beta. There are bugs in the operating system, and it’s likely that more features will be added before a full consumer launch in the fall. Google plans to release beta 2 in July and beta 3 in August, which will include candidate builds for final testing.

What will Android 11’s name be?

Sadly, we already know its name: Android 11. If you’re waiting to hear what dessert it will be named after, just like Google has done in the past, this fun aspect was retired in August 2019. Going forward, future iterations of Android will be known only by the number, rather than a letter that is then associated with a dessert. For example, Android 9 was also known as Android 9 Pie, and Android 8 was known better as Android 8 Oreo. Android 10 would have been Android Q, but no dessert was officially assigned to the software due to the branding change. Therefore, we know that Android 11 will be called Android 11, and that’s all.

When will your phone be updated to Android 11?

The official public release of Android 11 will almost certainly come in September for Google’s Pixel devices. If you own a phone made by Samsung, LG, Huawei, Nokia, Motorola, or any other manufacturer, you will have to wait until the company provides an update schedule. This will come after September, but the dates will vary according to the manufacturer.

While some phones may receive the update in 2020, the vast majority will have to wait until 2021 before getting Android 11. There is also a chance some new phones released this year from September 2020 onwards will come with Android 11 already installed. More will come in 2021.

If you’re still waiting for Android 10 to arrive on your phone, you’ll find the latest news on its release schedule here.

What new features will Android 11 have?

Android laid out its latest features within three specific key areas: People, control, and privacy. Some of the best Android 11 features include:

But remember, the main new features may evolve and change before the final software if released this fall.

Android 11: Everything you need to know originally appeared on DigitalTrends.com 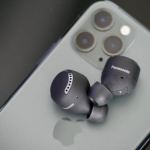