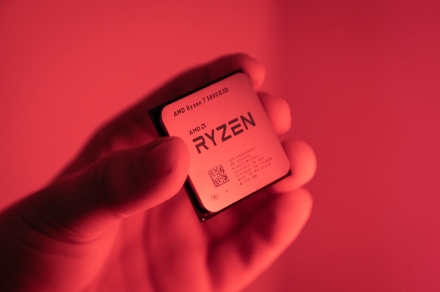 AMD showed off its Ryzen road map on desktop and mobile during its Financial Analyst Day on Thursday, laying out how it plans to beat Intel to have the best processor. The road map reveals several key details about the upcoming Ryzen 7000 processors, as well as future CPUs for laptops and desktops. Although AMD didn’t provide hard performance numbers, the company still revealed expected performance for its Ryzen 7000 CPUs.

In particular, AMD says Ryzen 7000 comes with between an 8% and 10% increase in instruction per clock (IPC), and that it has a 25% performance-per-watt advantage over Ryzen 5000 CPUs. AMD reconfirmed the greater than 15% single-core performance increase it announced at Computex, too, which the company says is a very conservative estimate. In a pre-brief, AMD says it wants to underscore the “greater than” part of the claim.

Overall, AMD says Ryzen 7000 is 35% faster than the previous generation, which is a massive jump. It doesn’t stop at Ryzen 7000, though. In addition to 3D V-Cache coming back to Ryzen, AMD’s Ryzen road map (above) reveals some details about Zen 5 CPUs as well. AMD says they’re coming in 2024 and will offer a much more significant step up in performance.

These chips will use a 4nm manufacturing process for desktops, but that’s about all we know for now. The only major development is that Zen 5 CPUs could use a multinode architecture, similar to Intel Alder Lake. AMD didn’t outright confirm this is the case, but it talked up its fourth-gen Infinity architecture that enables multi-node designs.

In addition, the road map confirms that Threadripper processors built on Zen 4 are in the works. A leaked road map hinted at Threadripper 7000 earlier this year, and it is expected to launch in early 2023. You might not be able to buy them for your next PC build, though. Threadripper 5000 processors, for example, are currently only available in the Lenovo P620 workstation.

AMD provided a road map for its laptop processors, too (above). The company just launched Ryzen 6000 mobile, so now AMD’s sights are set on Phoenix Point chips in early 2023. We don’t have a confirmed name for this range yet, but AMD says they’ll use Zen 4 cores like Ryzen 7000 and be built using a 4nm manufacturing process.

Perhaps more exciting, these next-gen mobile CPUs will come with RDNA 3 graphics built-in — that’s the architecture behind AMD’s upcoming RX 7000 GPUs. Laptops have become a larger focus for AMD over the past few generations. Although Ryzen 6000 doesn’t beat Intel across the board, next-gen processors may.

Phoenix Point processors will target a power range of 35 watts to 45W for high-performance laptops, but AMD has previously confirmed an even more powerful lineup of mobile chips dubbed Dragon Range. These should launch around the same time as Phoenix Point, though they aren’t included on AMD’s new road map.

Beyond Phoenix Point, AMD will launch Strix Point built on Zen 5 CPU cores. We don’t know the manufacturing process yet, and details are light, as they are with Zen 5 desktop CPUs. The biggest announcement was that they will include RDNA 3+ graphics, which seems to be an enhanced version of AMD’s upcoming graphics architecture.

Both Phoenix Point and Strix Point will also introduce an AI engine developed by Xilinx — a company that AMD recently acquired. It’s tough to say what specifically the engine will do, but it will likely target features that improve battery life, webcam performance, and system noise. AMD hasn’t revealed any details, though.

AMD is gearing up for a fight following the release of Intel’s 12th-gen Alder Lake processors. Looking forward, Ryzen 7000 will compete with Intel Meteor Lake, which is Intel’s next generation of processors. Intel is sticking with the same manufacturing process as Alder Lake, which could give AMD a leg up in the next generation. Intel has a road map of its own, however, so it’ll be an interesting few years.

AMD’s Ryzen road map spells out how it plans to beat Intel through 2024 originally appeared on DigitalTrends.com 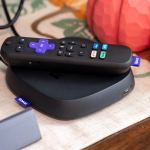 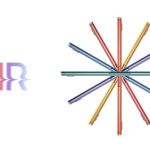