The great webcam shortage of 2020 is still going strong and with so few options left available, it can definitely be frustrating if you need a webcam now. However, there are some alternatives to a standard webcam you might not be aware of and, maybe, already own.

Plenty of devices today use cameras to some extent, and you might be surprised to find out how many of those can be turned into makeshift webcams. The obvious example of something like this would be to use a DLSR camera with a USB capture card (such as the Elgato Camlink 4k) to turn it into a high-end webcam. Unfortunately, those USB capture cards are being afflicted by the same stock issues as normal webcams, so we won’t be going over that here.

Regardless, some great options are still out there for alternative webcams, whether you’re repurposing a device you use every day, or something that’s been collecting dust in your closet for years. So, without further ado, let’s begin.

Your Phone or Tablet

This is the option many will first turn to when looking for a webcam alternative. And that makes sense, as most modern mobile devices have impressive cameras and some even outclass high-end webcams. So, fortunately, the app Epocam will allow you to turn your iOS or Android device into a wireless webcam for your computer.

All you need to do is make sure your device is connected to the same Wi-Fi network as your computer, then download and install the corresponding apps and drivers for your platforms from Epocam’s website (it’s compatible with both macOS and Windows), and you’ll be good to go. Your phone or tablet will appear as a normal camera option on your computer. It’s great to see such a simple option that pretty much everyone can use.

Canon released some drivers that allow some of its EOS, EOS Mirrorless, and Powershot cameras to be turned into webcams. (Here is a list of compatible cameras.) The program is currently in beta for both macOS and Windows, but it’s pretty simple to install (and Canon does provide instructions for it). Once you have the driver for your corresponding camera installed and your camera is plugged in, you’re done—pretty simple.

The obvious advantage of using a Canon camera is that it will blow the quality of any webcam out of the water. Of course, you might need something like a tripod to properly position your camera, but that shouldn’t be too hard to get your hands on.

One thing you will need to manage is your camera’s battery life. You can use a battery to AC adapter to charge while in use, but that varies per model. If you visit each camera’s product page, Canon will list in the “Supplies & Accessories” page if they make a compatible adapter for that model. (Although, you can use third-party options if you find something compatible as well.)

If you have a Panasonic camera, you can still do something similar. LUMIX Tether for Streaming was just released and allows some Panasonic cameras (full compatibility list) to plug directly into your computer and act as a webcam. LUMIX Tether itself has been around for a while now, but it focused on tethered shooting, so it had GUI elements (such as a focus area marker) on the video feed. But this new version removes those elements, so you can use your Panasonic camera as a high-end webcam.

Installing and using LUMIX Tether is pretty simple. All you really need to worry about is making sure “Live” mode is enabled in the software itself—that’s what removes those GUI elements we mentioned earlier. It’s also worth noting that this is only available for Windows.

Of course, Panasonic cameras have the same battery issue as Canon cameras. Panasonic doesn’t produce its own adapters like Canon, so you’ll have to rely on compatible third-party offerings for each camera model.

Like Canon and Panasonic, Wyze has released drivers to turn its Wyze Cam v2 or Wyze Cam Pan into webcams for either Windows 10 or macOS. It’s a bit more complicated because you also have to flash software onto the camera itself, but still, it’s not too hard.

You must have a couple of things before you get started, though. Namely, a MicroSD card (and a MicroSD card reader if your computer is lacking ports) and a USB-A to USB-A cable. After you have those, it’s a (fairly) simple matter of downloading and installing the drivers for your corresponding platform, putting the corresponding firmware for your Cam v2 or Cam Pan onto the MicroSD card, then inserting the MicroSD card into your unplugged Wyze Cam. After that, hold down the “Setup” button while plugging in the camera, continue holding it down until the light turns solid blue, then you just have to wait for your camera to reboot.

Wyze has an in-depth guide for doing this, which we strongly recommend as it explains some of the finer details you’ll need to know to set up the camera properly. (You can also a check out the guide for reverting this process). After you’re done with everything, it’s as simple as plugging your Wyze Cam into your computer with the aforementioned USB-A to USB-A cable, and you’ll be good to go.

The Kinect may have failed as a revolutionary way to play video games, but if you have one lying around or you find a used one online for cheap (which isn’t hard), it can actually make for a pretty good webcam. You will need an adapter to plug your Kinect into your PC, but after that, all you need to do is download and install the drivers Microsoft supplies—simple as that.

The best part about using the Kinect as your webcam is that it supports Windows Hello, meaning you can use facial recognition on Windows to unlock your computer. That’s a nice bonus feature and makes the Kinect a great choice for any Windows user.

It probably goes without saying, but this option is Windows-only. Sorry, Mac users.

After a simple driver install, your old Kinect can act as your webcam and even supports Windows Hello.

Another failed video game peripheral, this time we’re taking a step back even further in time. Considering the PlayStation Eye was released for the PlayStation 3, if you happen to own one it’s probably been collecting dust for a while now. But, through the use of a third-party driver called CL Eye (the “Platform” driver specifically, costing $2.99), it can now act as a fully-fledged webcam—it even looks like a webcam!

After installing CL Eye, plug the PlayStation Eye into your PC, and you should be good to go. Included with CL Eye will be a program called “PS3EyeTest.exe,” which you can run to test the camera and even adjust some settings like contrast and white balance. Now, the camera quality of the Eye will by no means blow you away, but it’s still good enough for some video calls.

5 Webcam Alternatives That You May Already Own originally appeared on HowToGeek.com 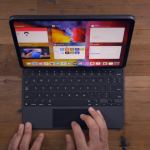 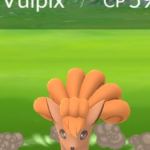